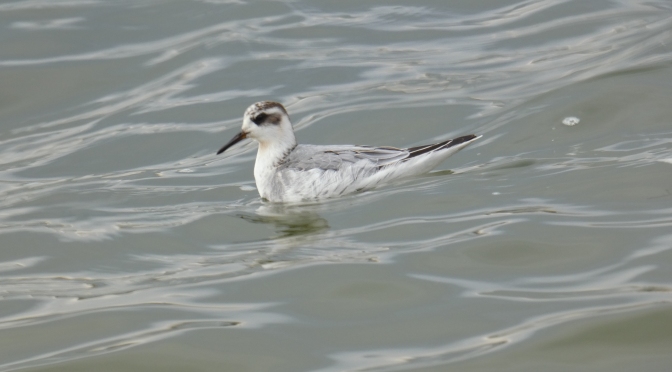 While 2020 has been a year filled with turmoil and strife for many people, for birders in Wisconsin, this year has provided numerous rare birds. This trend continued in November when two Brants were reported within weeks of each other.

I made the nearly two hour trip up to Manitowoc in hopes of getting a look at the Brant that had been frequenting the impoundment. While the air temperature wasn’t particularly cold the high speed winds made it feel chilly. I walked out to the area where the bird was being seen to find several birds loafing around in the shallow water and on the mudflats. Among them were American Coots, Canada Geese, Northern Shovelers, and Greater Yellowlegs. The sun was in my eyes making it hard to see, but from what I could tell, the Brant wasn’t mixed in with this assorted group of birds.

I continued walking south around the impoundment until I rounded the corner and saw a single bird sitting near a puddle. To my surprise it was the Brant! It was extremely close to the path and occasionally looked up from eating grass. I took several pictures and videos before moving around the rest of the impoundment. On my way back I encountered two Wilson’s Snipes along with a White-tailed Deer that was swimming out in the lake.

A few weeks later I followed a report of a Red Phalarope in Dane County. Knowing I had to go to work later in the dat, I made the quick decision to try for it. I drove the hour west under cloudy and ominous looking skies and got to the boat launch where the bird had been reported. To my delight I saw other birders pointing cameras at the lake.

As I got closer, I saw the small bird twirling around in the water no more than five feet off shore. It seemed to have very little to no fear of the birders present and went about its business feeding in what must have been fairly cold water. The Red Phalarope is the rarest of the three Phalaropes that make visits to Wisconsin and it was amazing to see a rare bird at such close range.

With all of the craziness that life has thrown at us this November it was great to be able to get lost in the chase and find some year birds.